Another sports illustration for MICHAEL BYERS! This was for United Airlines Hemisphere Magazine for their August issue. You wouldn’t know it from Mike’s portfolio but he’s not a huge sports fan but loves drawing sports since there’s so much energy in them. This article was about how teams sometimes treat their pitchers as if they are royalty. Just in time for the Baseball season to be almost done…with a few games left. “Baseball pitchers throw far fewer innings and are treated much more carefully then they once were. So why are they getting hurt more then ever?” 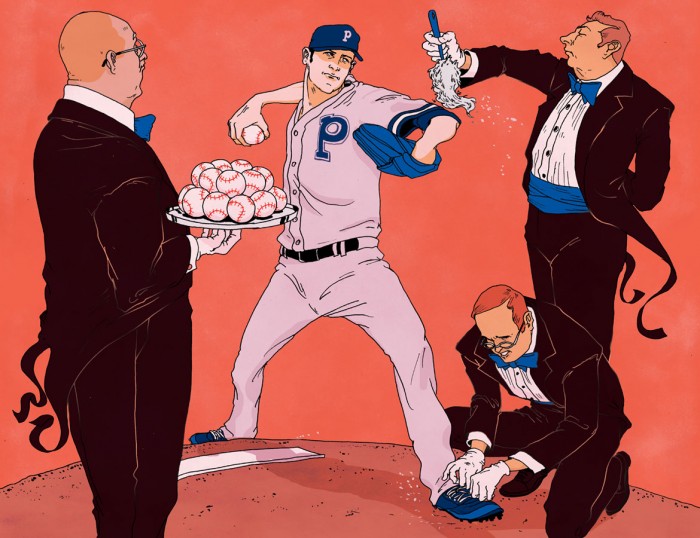 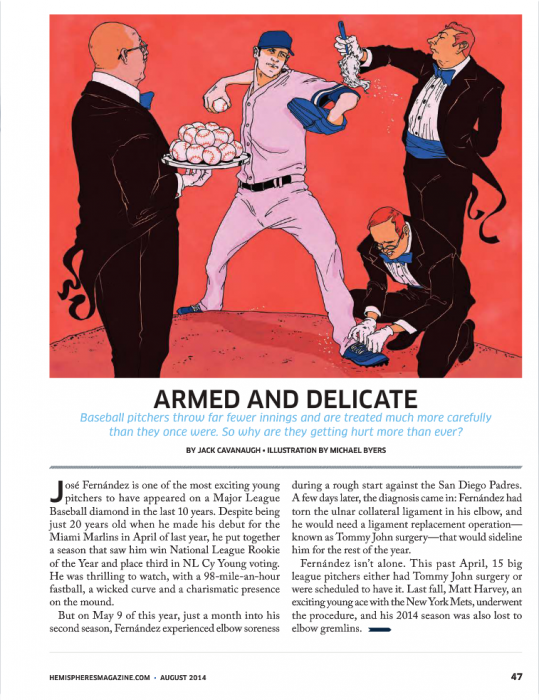