Here’s one of my favorite pieces that MICHAEL BYERS has recently done for Walrus Magazine. This was a full page illustration for a feature on an Orca named “Moby Doll: How a  bungled hunt turned killer whales into star attractions — and launched the modern conservative movement.”

Moby Doll was a female orca that was one of the first to be caught on the west coast and brought up to the Vancouver Aquarium. Later they discovered that she was actually a he. The science world and people at the aquarium were hoping they’d be able to study this whale since at the time there was little known about orcas other than they named them ‘killer’ whales and many thought of them as pests. Many credit Moby Doll and the events that occurred with his capture to the modern day aquatic amusement parks like Marine Land and Sea World. Once again, a beautifully illustrated and moving piece by Mike! 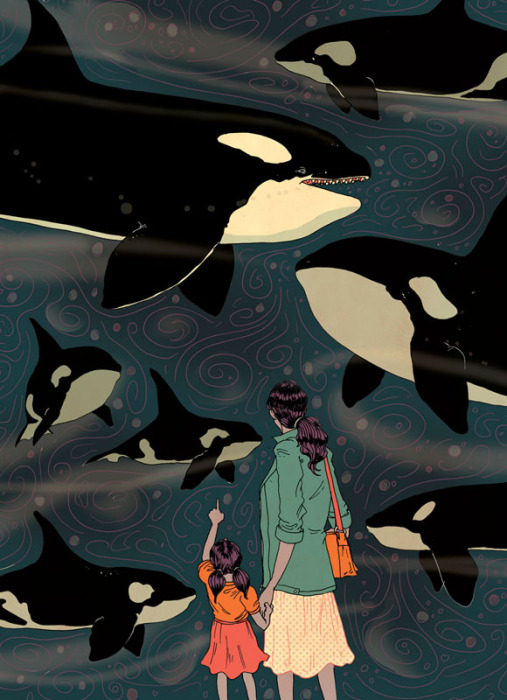