Monkeypox? This is an image MICHAEL BYERS did for Mental Floss Magazine on a story about Dr. Ali S. Khan. The good doctor tells a tale of a time in 1997 when a team of researchers from the Center for Disease Control went to Zaire, Africa to investigate the surfacing of the Monckey Pox virus. Much drama and other crazy stories came from this adventure that included rebel armies and other craziness. 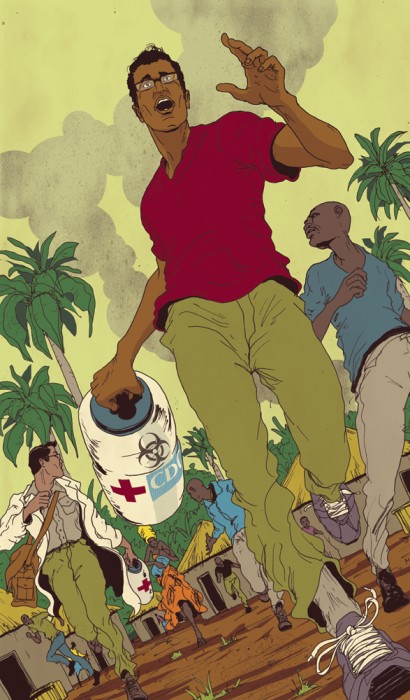