Michael Byers | Suiting Up Santa With A 21st Century Makeover For U. Of Alberta New Trail Magazine

Loving MICHAEL BYERS version of the Future-proof Santa, simply fabulous. This piece was commissioned by University of Alberta’s New Trail Magazine and is about Santa getting a new look, suiting him up without the “ho-ho-hum” and giving him a 21st Century makeover. From his new stealth suit and helmet, hypersonic sleigh to wear resistant runners, to telescopic arms (and multiple of them) Santa is all geared up and ready to bring on his new look. Kids, keep a look out for the new Techy Santa flying above in the upcoming days. Hes’ bound to be making the rounds faster now! 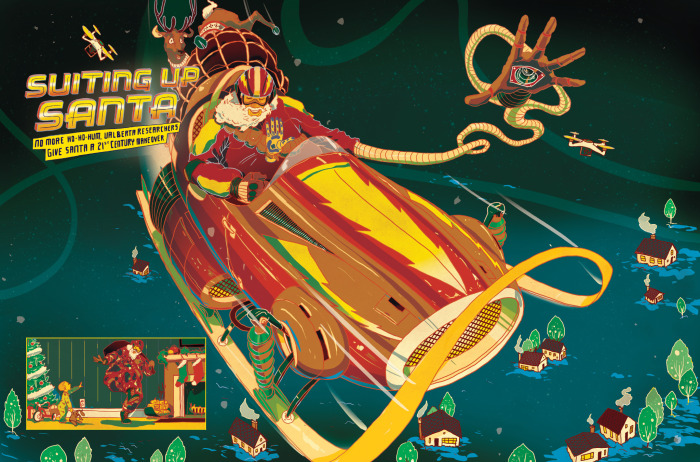