Michael Byers | The Most Prestigious Slog In Washington For Politico

What a mess! Here’s a great series of illos by MICHAEL BYERS (politics aside) for Politico Magazine. The article’s title for their Media issue is brilliant — ” The Most Prestigious Slog in Washington.”

“Reporters say covering Donald Trump feels like a historic mission—and a bit of a death march. POLITICO’s Media Issue drills into the realities of the White House beat, looking at what it’s like to cover the presidency and how that shapes what we know about the most powerful office in the world. But it has never been quite like this, and “what we know” has never been quite so unreliable.” 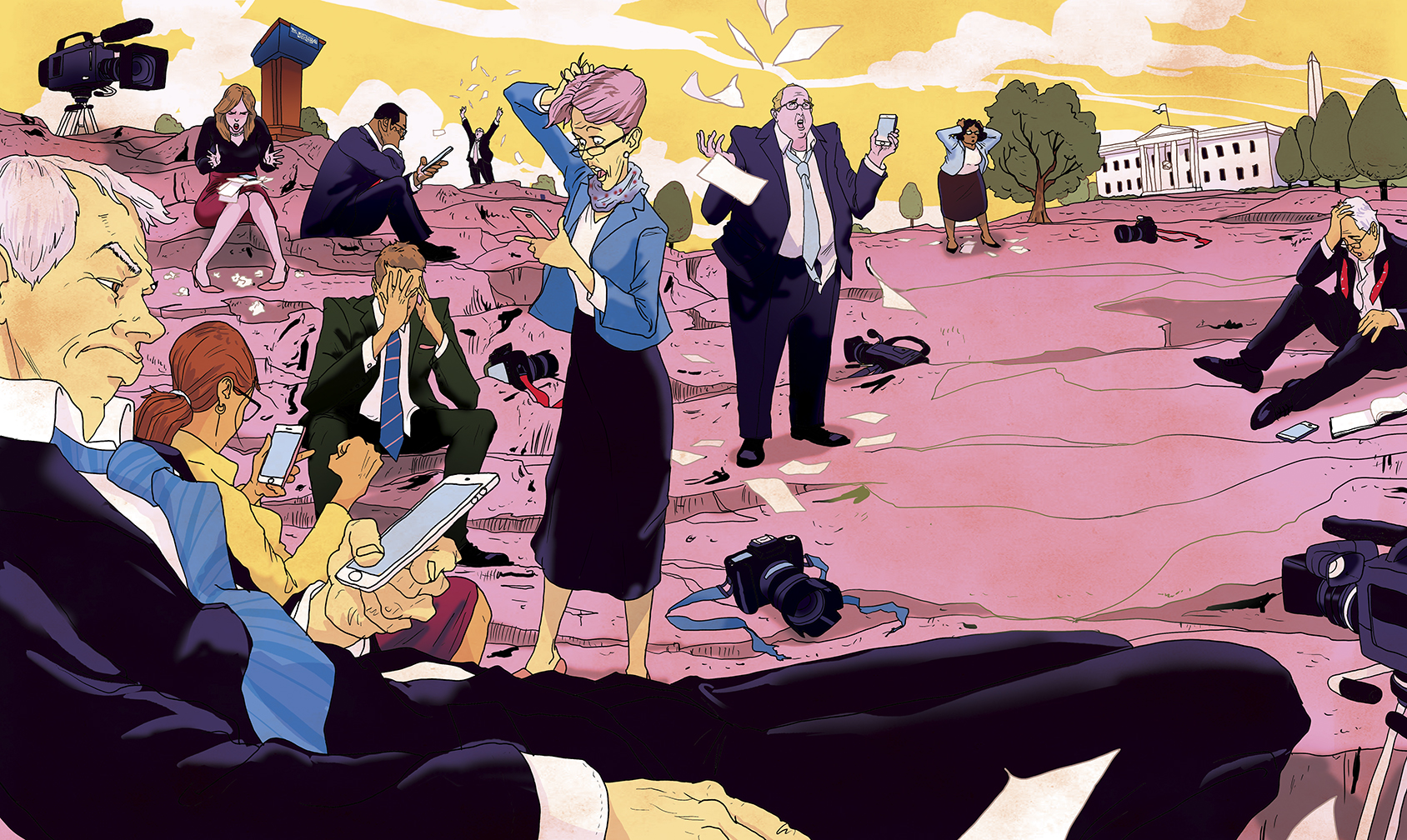