This was a super fun assignment for Variety Magazine by MICHAEL BYERS called  “TV Takes Over Comic-Con as Film Studios Back Out.” The brief or concept Mike received was was basically, Super girl holding up the convention center where San Diego Comic Con is held and in front of that would be a big stand off with The Flash, The Green Arrow, and some characters from Walking Dead going against some Ice Zombies from Game Of Thrones. Can you imagine Mike’s response to this??? “YES!!!” Fist pumping after he read the job description. Below is the result. The best part about Variety is that the magazine is larger than most magazines and they send artists copies. It was a full page bleed and it turned out amazing. Thank you again to our fabulous art director Cheyne, such a pleasure working with you. 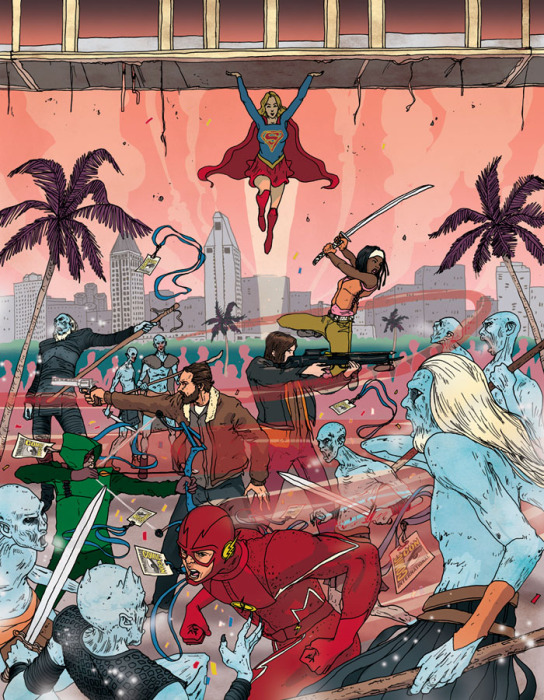