We’re so honoured to share this gorgeous new coin art design by #lcmartist Miko Maciaszek specially commissioned  by the Royal Canadian Mint. Miko had the opportunity to design the 1 oz. Pure Silver Coin for Remembrance Day. Who better to draw the red poppy?

“Designed by artist Miko Maciaszek, the coin’s reverse features a poignant depiction of a weary Captain of the Canadian Army Medical Corps sitting against a tree and taking a moment to reflect after the Second Battle of Ypres, during the First World War. Selective colour highlights the blooming poppies in the foreground, while in the background; more poppies appear between the crosses that mark the graves of the fallen. These poppies represent hope and eternal life through Remembrance, and serve as a reminder that a soldier’s sacrifice should never be forgotten. ”

“Bringing this Remembrance Day coin to life was an intricate process involving specialists who helped achieve an accurate and realistic depiction. Inspired by John McCrae’s poems, most notably “In Flanders Fields” and “The Unconquered Dead,” I set out to capture a moment of serenity and reflection for a young captain, who is surrounded by symbols representing the consequences of war. I hope this coin will preserve and relay the memories of those who made such immense sacrifices for us.” 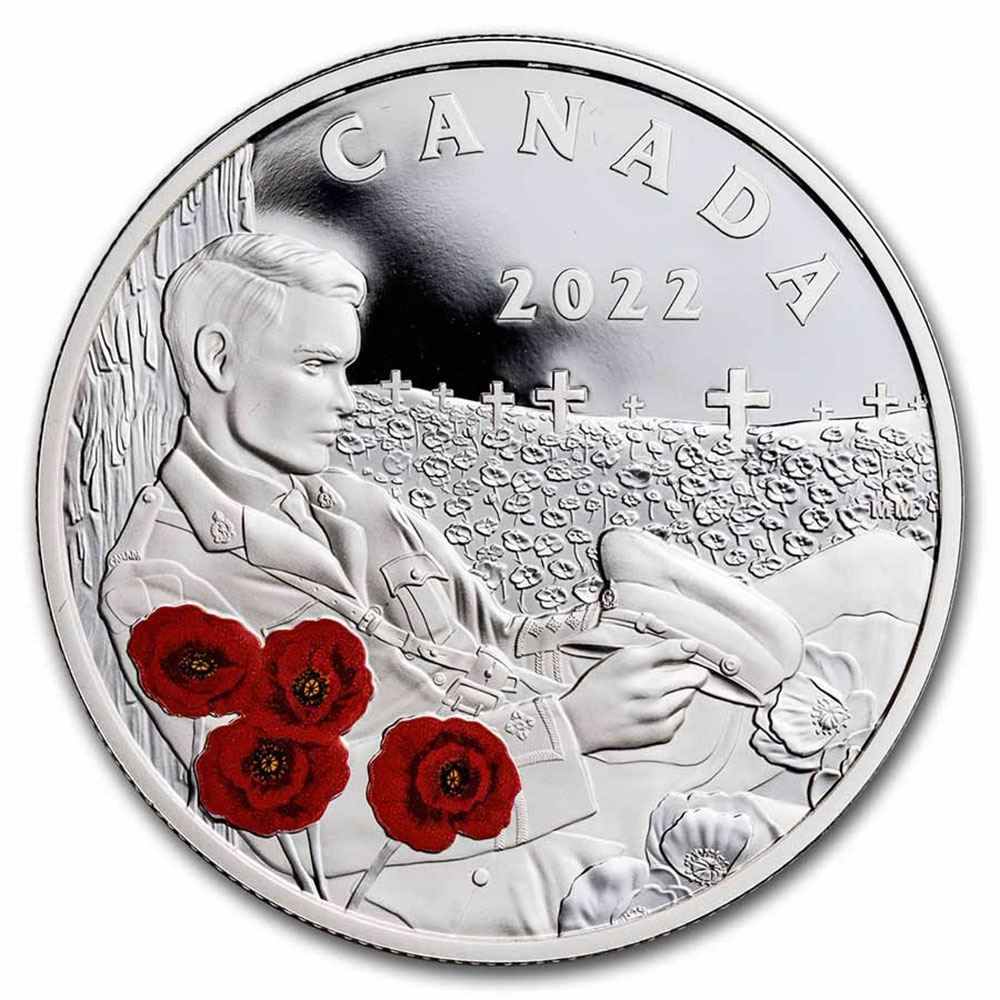 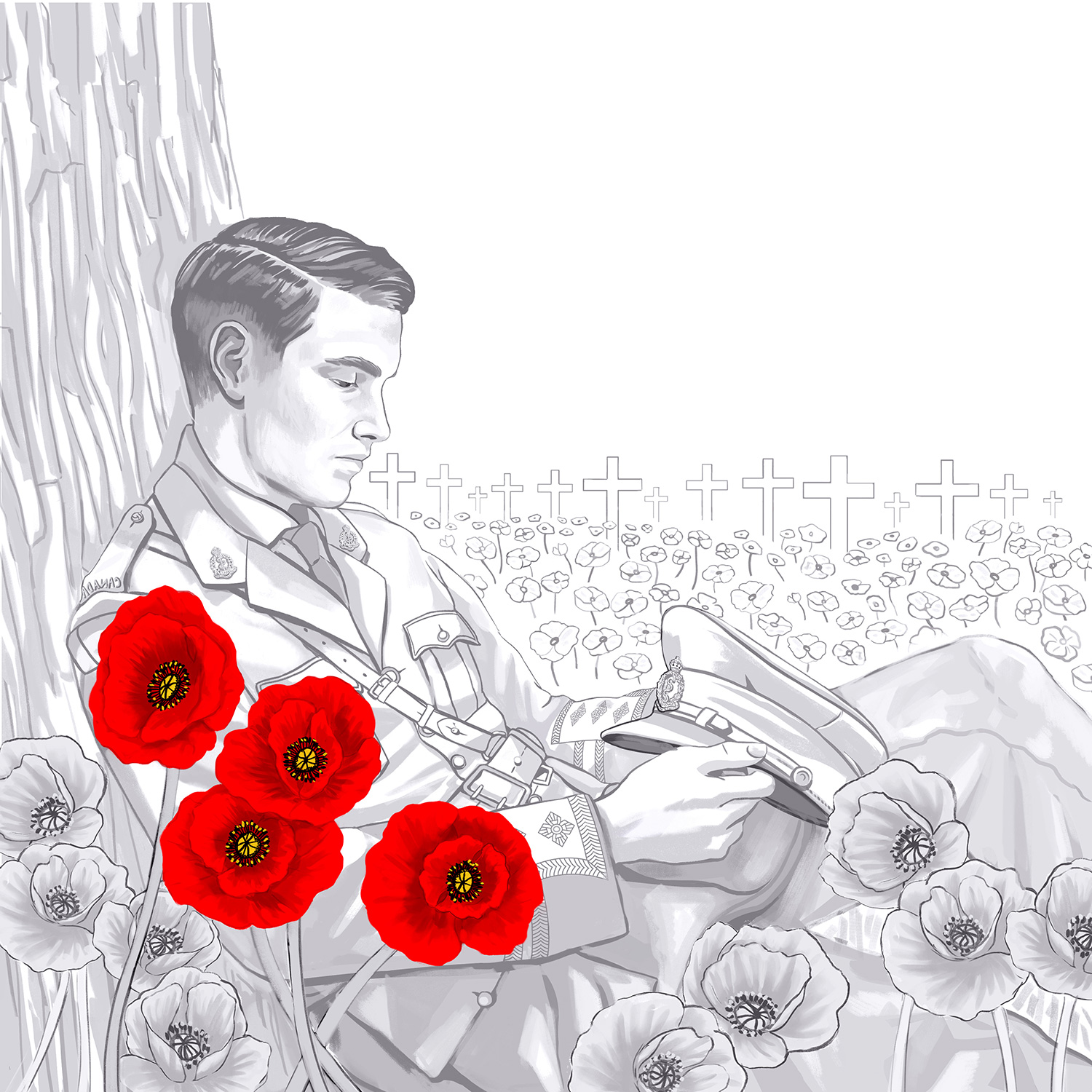 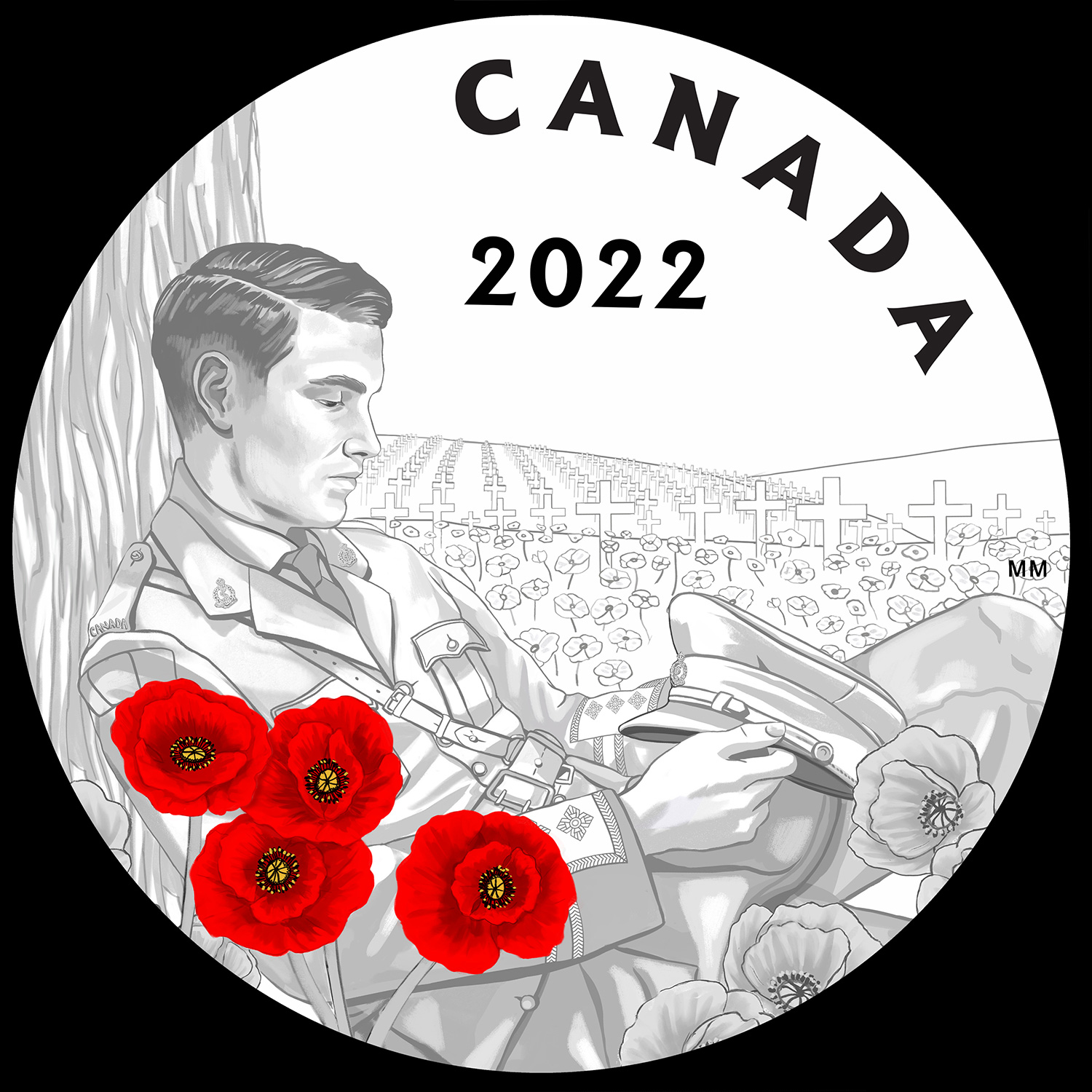 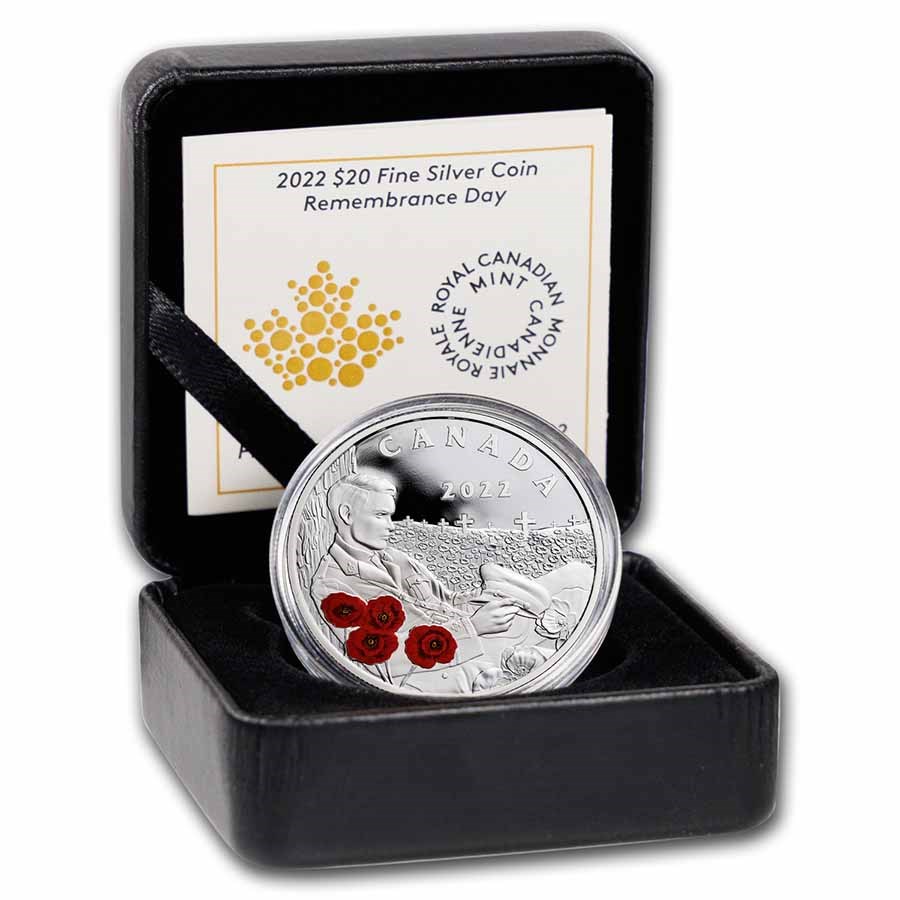 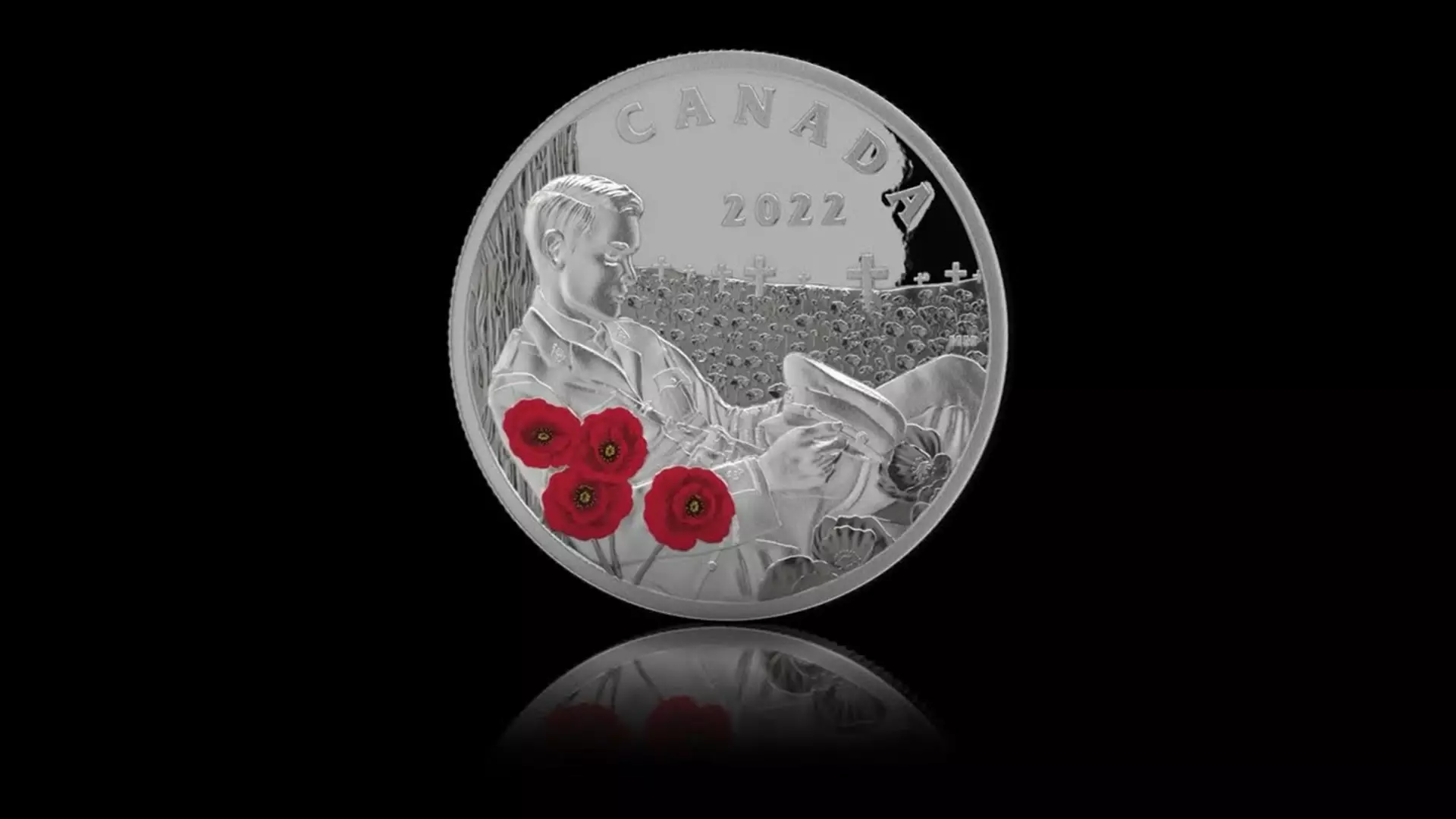 “The red poppy: A symbol of sacrifice, a call to Remembrance.

From the great victories and tragic losses of the First World War came our most enduring symbol of service and sacrifice: the red poppy, which is colourfully highlighted on this Remembrance Day coin. Blooming in the foreground and in the fields of the fallen behind the weary officer, the poppy imbues this mournful scene with hope. It is a lasting reminder of those who fought and sacrificed everything; of the courage of those who serve; of the consequences of war, and a commitment to peace—lest we forget.