Rolling Stone Magazine has been one of RORY KURTZ’s favorite clients to work with. His growing Rolling Stones portfolio of images (thanks to the amazing art directors at the magazine) have been some of Rory’s very best if not best pieces to date! This piece below was their Record Lead illo on Kings of Leon, but got killed at the 9th hour because another album leaked and Rolling Stone had to jump on it to feature. Thankfully Rory finished the piece and has it to showcase. Hopefully Rolling Stone will use it in the future, or so we’re hoping. Thanks again Matt for the great opportunity!!! 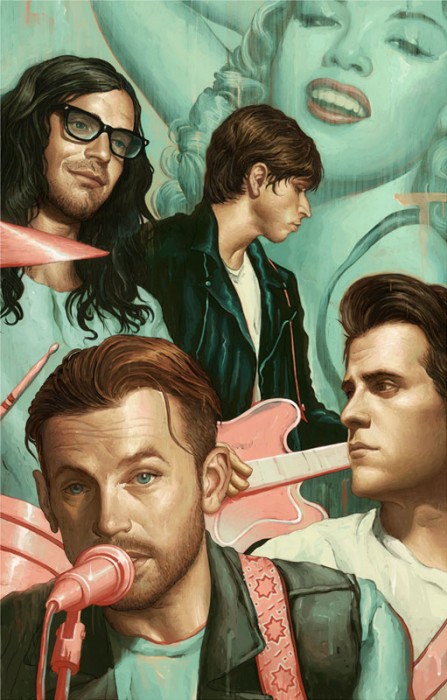