Here’s another beautiful piece for Rolling Stone Magazine by RORY KURTZ! This great portrait of Leonard Cohen is for the Record Review section on Leonard Cohen’s new album “You Want It Darker.” The article is called “Leonard Cohen’s Late-Night Serenade: An octogenarian lady’s man seduces the eternal with grim, spiritual beauty.” Hard to believe at 82, he’s still producing albums. Will this be his darkest and his last, that’s the ultimate question…Is it “the sound of a master soundtracking his exit, with advice for those left behind?”

For the love that never came.

You Want it darker.

We kill the flame.”

-LEONARD COHEN, “You Want It Darker” 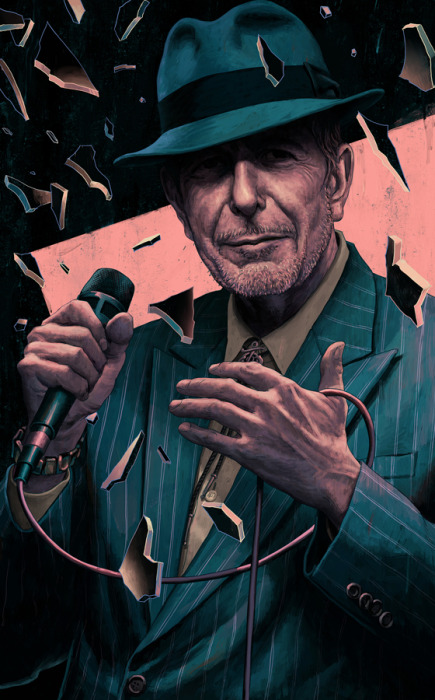