Another super fun illo by #lcmartist RYAN JOHNSON as we get into the Halloween spirit this month! This piece is for The Hoosierist column in Indianapolis Monthly. Did you know that the Evansville Willard Library has a ghost problem? Since the 1930’s, a specer named Lady in Grey prowls the building, and so it is told has appeared to staff, moved books, and touched people. 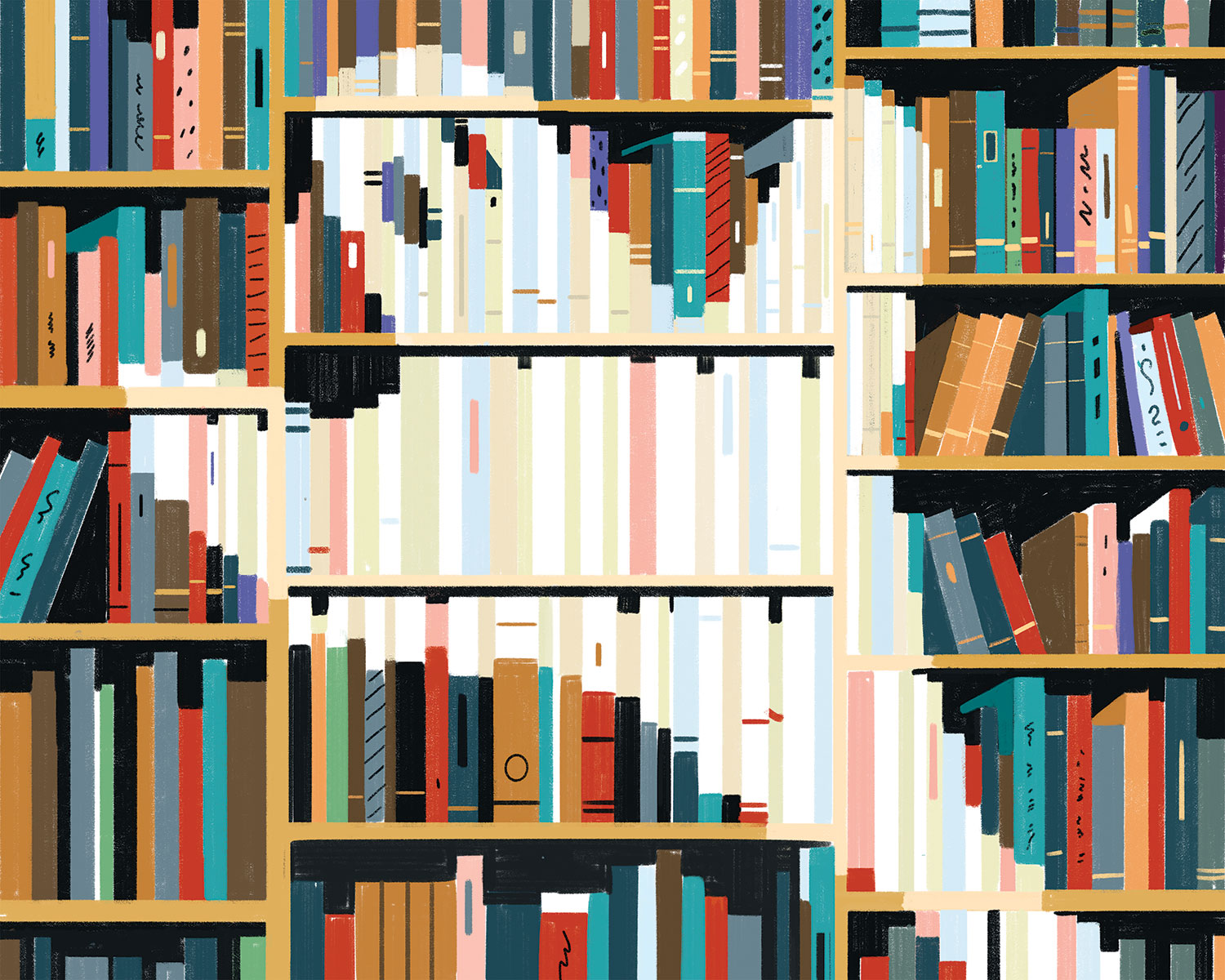