A huge congrats to VIDHYA NAGARAJAN for her piece Tiger Population making it to Communication Arts Illustration 2017 Annual’s Shortlist. While the image didn’t make it into the printed book, we’re proud of the recognition it received with the judges so this is not to go unrecognized! This piece was commissioned by Newsweek Magazine for the Two Numbers column & focused on tiger population. “Finally some positive news for tigers: After declining—often precipitously—for a century, global populations of this endangered animal have risen slightly over the past six years.”  Estimated number of tigers in 2010 was 3200, and estimated number of tigers in 2016 is 3890. Congratulations to Vidhya & the Newsweek team on this great piece! 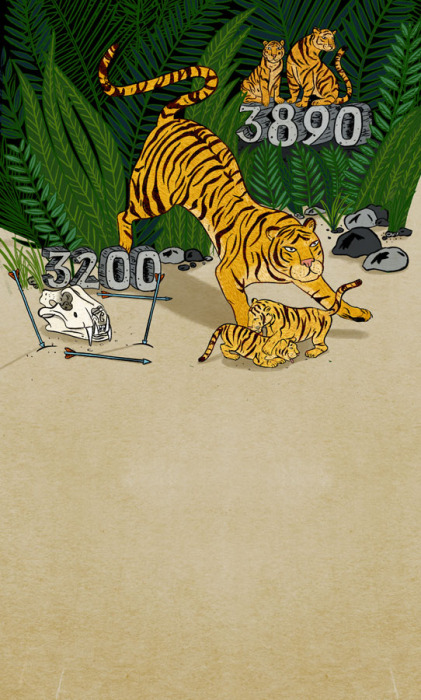