Here’s a great new portrait of José Guilherme Merquior by ZE OTAVIO for the cover of Brazil’s broadsheet Folha de S.Paulo for the session Ilustríssima that was published last Sunday. It’s a portrait of José Guilherme Merquior (1941-91), who stood out for his erudition, intellectual curiosity and ability to work. The work of the essayist and diplomat, ranging from literature to politics, through art and philosophy, is being reissued. Liberal and critical of Marxism, it became an example of civilized conservative. 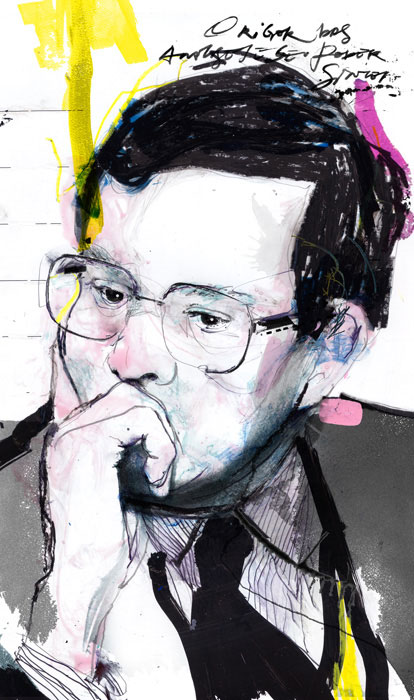