We’re absolutely loving this gorgeous portrait by ZE OTAVIO for The Washington Post of Designer Demna Gvasalia of Balenciaga. “Demna Gvasalia is not just refreshing @balenciaga, what historians once considered the greatest haute couture house of them all. He’s redefining luxury and recalibrating status. And in the process, he’s kicking up a storm of controversy and admiration. In today’s world, turning an admiring eye to the mundane and repackaging it is considered nothing short of societal heresy. Consumers were agitated by the $2,000 blue leather shopping tote he created that was modeled after a $1.49 Ikea plastic one. It was as though some social order had been upended. Was this — this gussied-up version of a utilitarian bag — what we are supposed to aspire to? Was Gvasalia mocking the poor or baiting gullible consumers? “It actually comes from my personal story. I used, a lot, the actual [Ikea] bag in my student time,” Gvasalia says. “I always thought how great would it be to have the same thing, but in a beautiful, luxurious bag.” Head to the link in our bio to read why fashion critic @robingivhan thinks the Balenciaga artistic director is changing what we consider fashion.” (📷: @zehotavio) 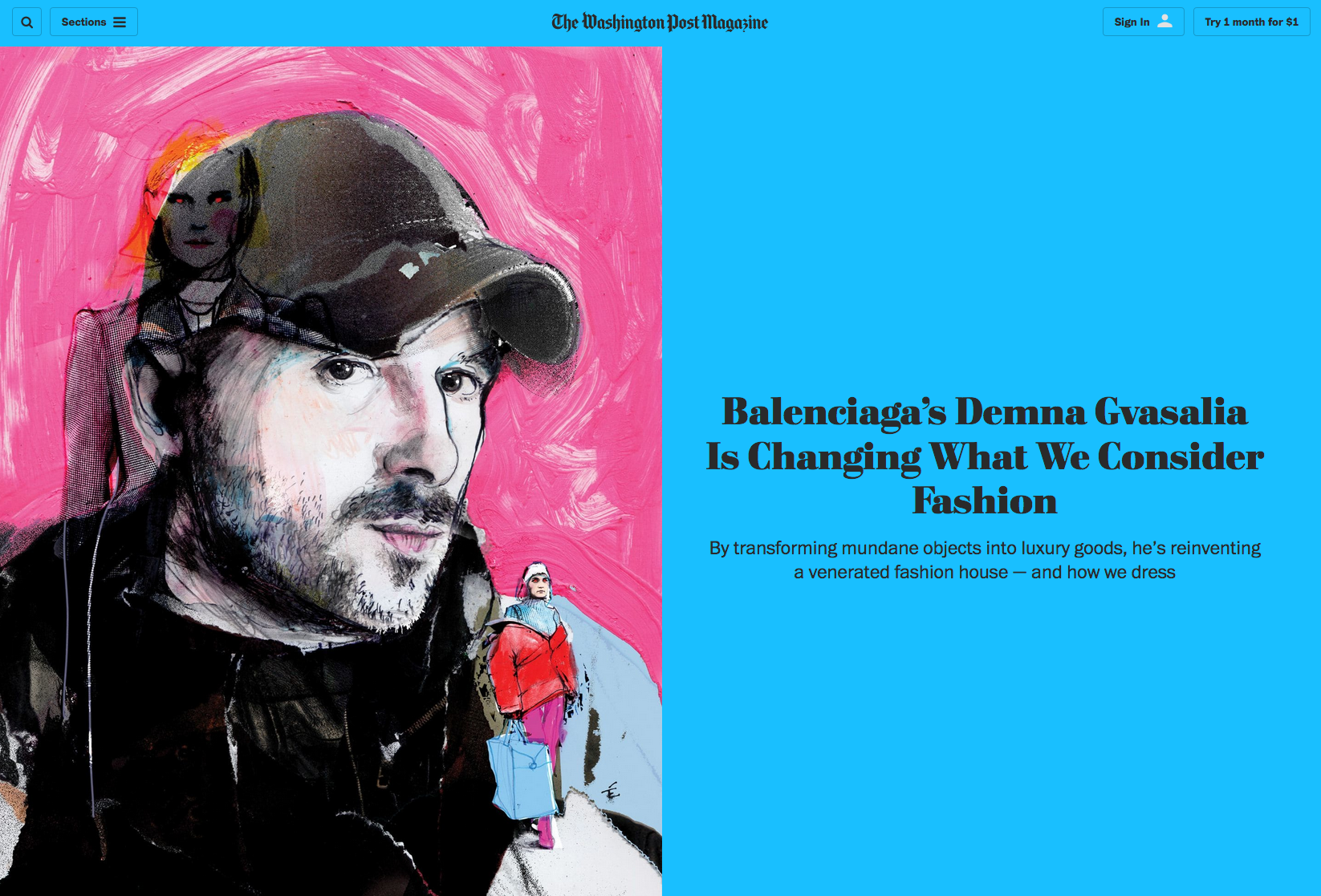