Yet another amazing map by MICHAEL BYERS for Houstonia Magazine. As most maps Mike works on, this was yet another fun one! The best part about illustrating a map is that one gets to learn so much about a particular area of the world that you might not ever get to visit. However when and/or if Mike ever finds himself traveling to any of the locations he’s done maps for, he has an advantage in that he’s already familiar with the area. This happened recently when he did a map for Providence. Coincidentally he traveled to Providence for a conference shortly after and it was great because he felt like he had done his research and knew his way around. We will be posted a few new maps as they get published over the next few months. Pulling out lots of goodies these days out of the illo vault! Always a pleasure to work with you Chris Skiles! Thanks again for a wonderful assignment and for being such a huge fan of illustration!!! Keep it coming. 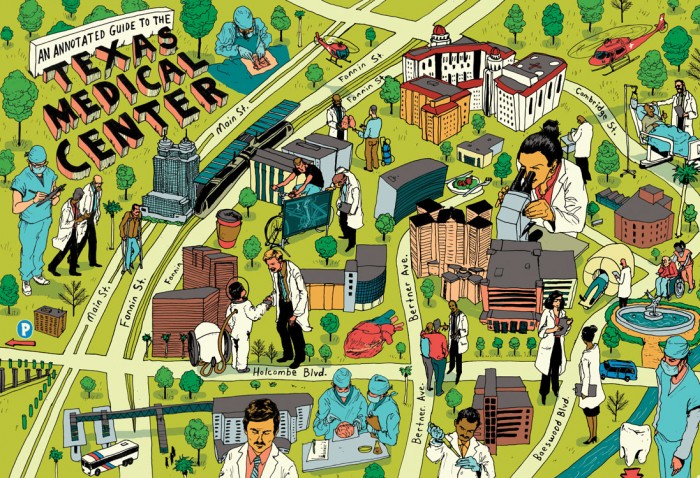