Back in September of 2012, we were approached by Ogilvy & Mather + BlueHive for RORY KURTZ to  illustrate a campaign for the FORD Customer Service Department which is currently running online and in dealerships throughout Europe as we speak. The campaign was based on FORD’s BlueService (which is a UK & European Roadside Assistance program) — “Always by your side to keep you moving.”

One year later, we just wrapped up our 8th illustration and ready to release the first 4 in the series. We are thrilled that Ford is now taking this campaign to print & hope to release the remainder images very soon! I know how hard everyone worked on this campaign – kudos for Rory’s hard efforts and his incredible team at BlueHive, the campaign certainly speaks for itself! Rory took his artwork to places it’s never seen and 8 illustrations later he has an incredible series to showcase. We are proud to unveil this Ford project and extremely grateful for the opportunity to work on such an exciting project. 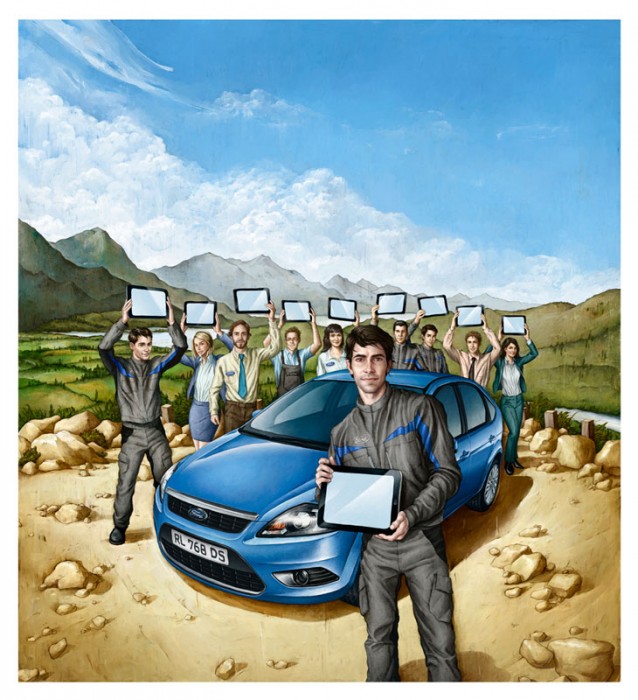 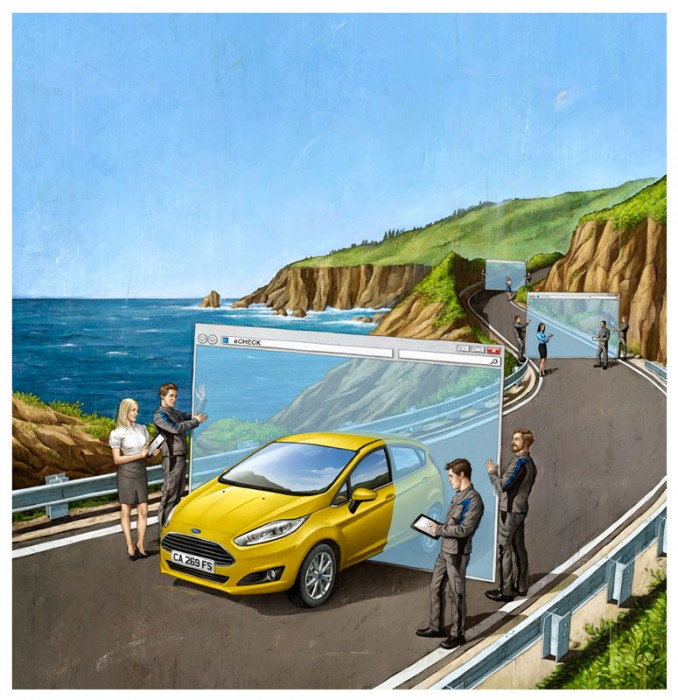 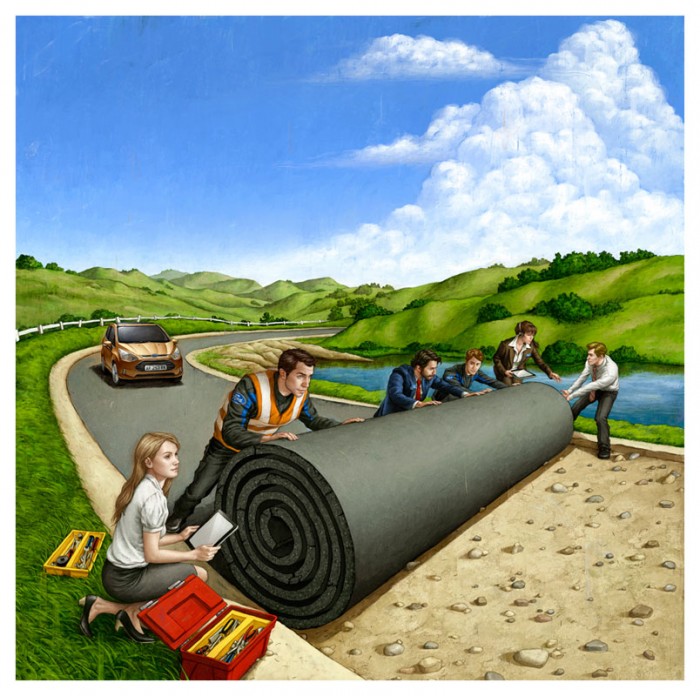 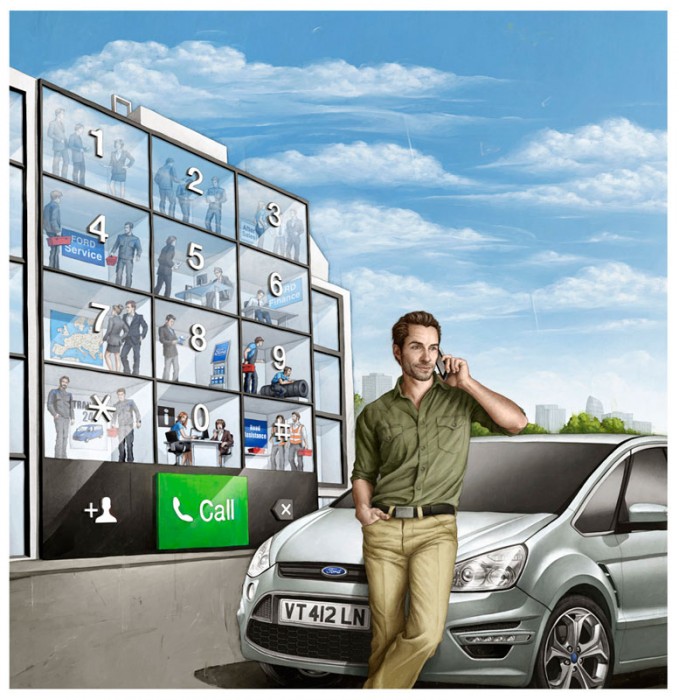 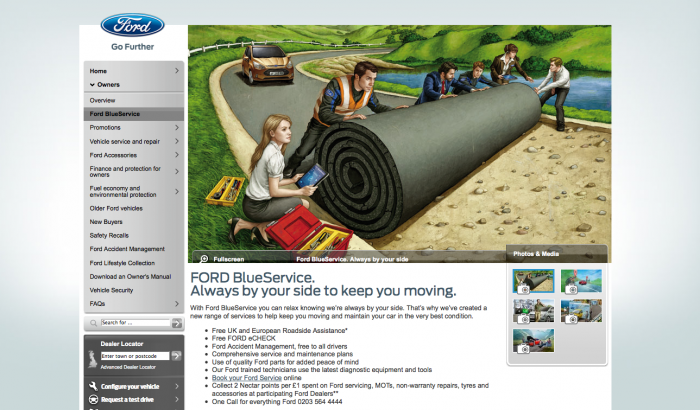