Super excited to share this amazing new poster by RORY KURTZ! So a lot of blood sweat and thousands of tiny windows later, Rory’s favorite hero film of all time gets a Mondo release. The Dark Knight. And yes, it’s a timed release so anyone who wants, gets it — but just this week! Click here to purchase.

“Celebrating Christopher Nolan’s masterpiece, The Dark Knight, this intricately detailed screenprint will be offered this SDCC season by Mondo as an exclusive timed release. Printed with over a dozen inks by the talented team at DL Screenprinting, this poster will be made available to the public from Monday, July 17th 2:00 pm CST through Thursday, July 20th 9:00 pm CST. Anyone may place an order during this time, after which ordering will close permanently. This piece will never be reprinted.” 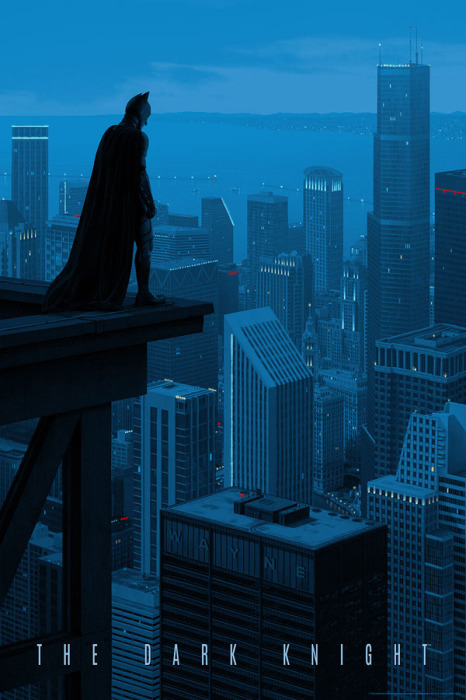